Josh and I went on a little spontaneous adventure when I got off work early; it was Easter Weekend and work was dead af. A couple highlights ? Well… When you see it… 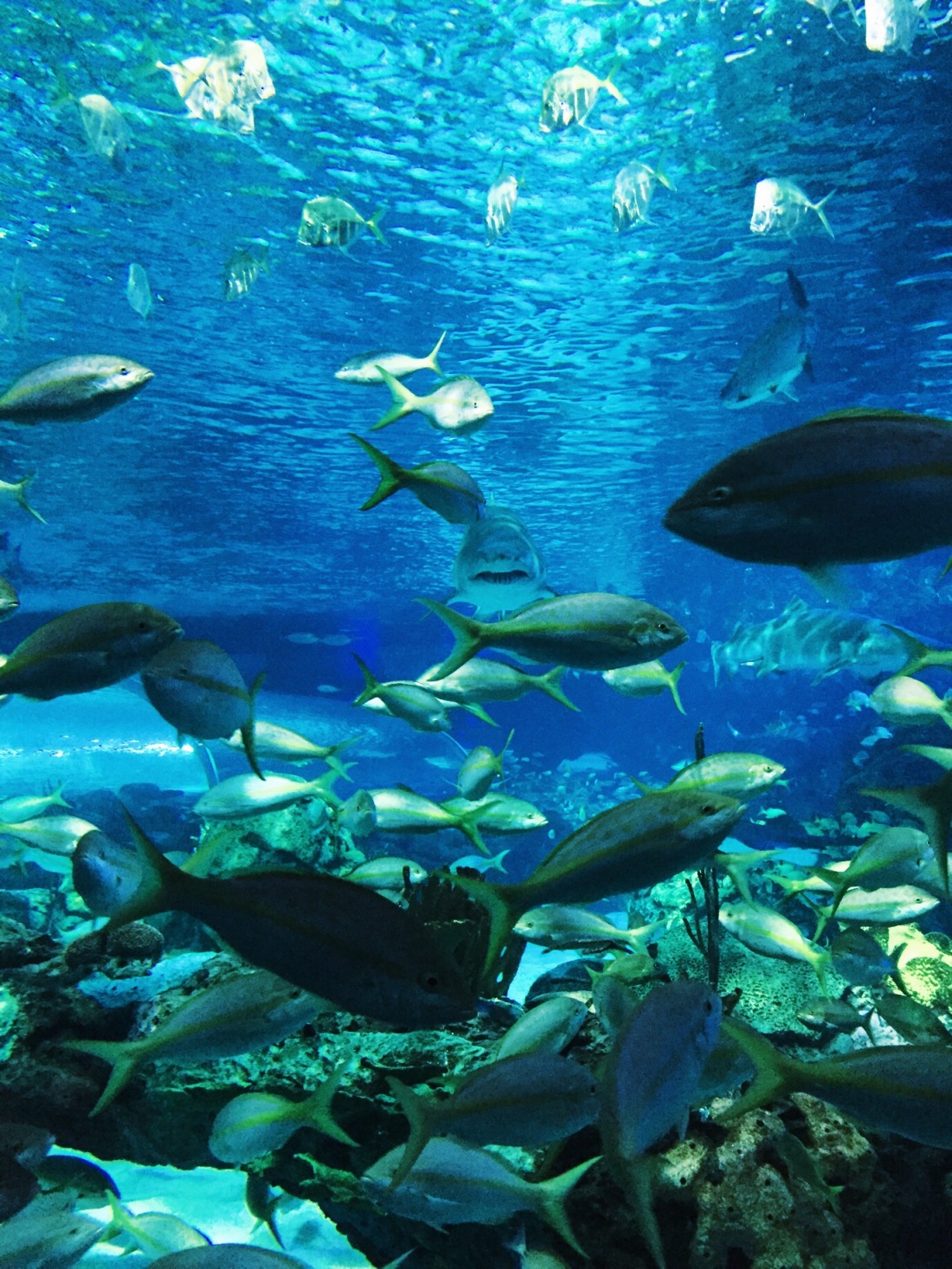 I’ve watched enough BBC documentaries narrated by Sir David Attenborough (thanks to trusty ol’ Netflix). I’m pretty confident that sharks would not attack unless hungry or provoked. Plus, there’s that whole fish-in-captivity argument I’d rather not get into.

Sure, I’d love to see these animals in their own habitat doing their own thing like I’ve seen on Blue Planet, but I’m likely to not become a marine biologist or fisherman; I don’t have the patience and frankly, open water terrifies me. Most I can do is watch National Geographic or Discovery or some Netflix documentaries.

Or visit my local Ripley’s Aquarium.

It was pretty cool. I sure felt like agrade schooler on a field trip, learning about different fish. And I had that one moment where that shark was staring in my direction. 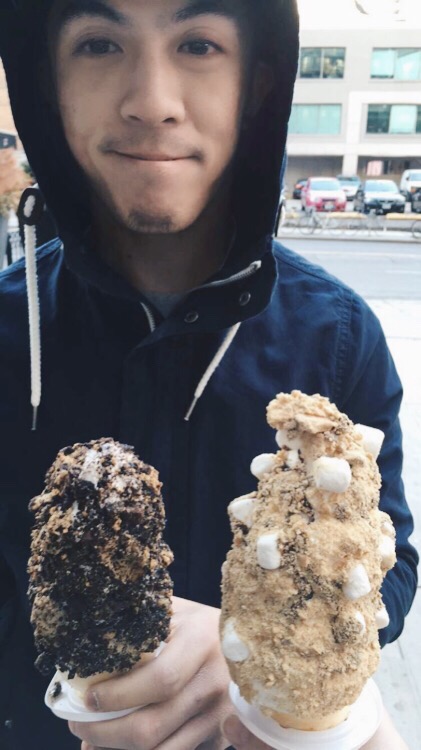 Pimped out cones from Sweet Jesus.

We lined up for these for maybe half an hour… maybe more. Temperature outside was alright, so no surprise that plenty of other people got the craving for ice cream.

It took us a while to finish them too. It’s a messy deal. Crumbs everywhere. If you ever wanna find where it is… do it like Hansel and Gretel and follow the crumbs. Or you know, Google Maps. That works too.

It’s in a hidden in a building’s lil corner, but you won’t miss the lineup of people. Once the weather gets even warmer, that line will definitely get longer and it will be harder to miss.